Skip to content
›  News  ›  Where did all the workers go?

On 8 September 2022, I gave my inaugural lecture at Utrecht University, entitled “Where did all the workers go? Women, industrialization, and the decline of hand spinning in Europe and Asia”.

For millennia, textile production has been performed all over the world by handicraft producers, mostly women. The mechanization of spinning since the eighteenth century, not only kickstarted the Industrial Revolution, leading to unprecedented productivity gains and economic growth. It also meant that millions of hand spinners lost a vital source of income within a few decades.

What happened to this vast labour reserve of women around the world? Regional studies suggest that their experiences differentiated vastly, not only in terms of timing, but also in terms of the nature of women’s subsequent labour market activities. We know that a share of married women in rapidly industrializing contexts found employment in emerging factories, as was the case in Britain, the USA, and the Netherlands. In some countries, such as Japan and colonial Indonesia, a proportion of married/adult women shifted to intensified hand weaving, while in others, such as India, the surplus of female labour was mostly absorbed into low productive agriculture. I argue that these differences both stemmed from, and resulted in, highly regionally diverging paths of economic development, as well as women’s position in the labour market up until the present.

You can find the complete text of the lecture here: Where did all the workers go? – Elise van Nederveen Meerkerk (elisenederveen.com) 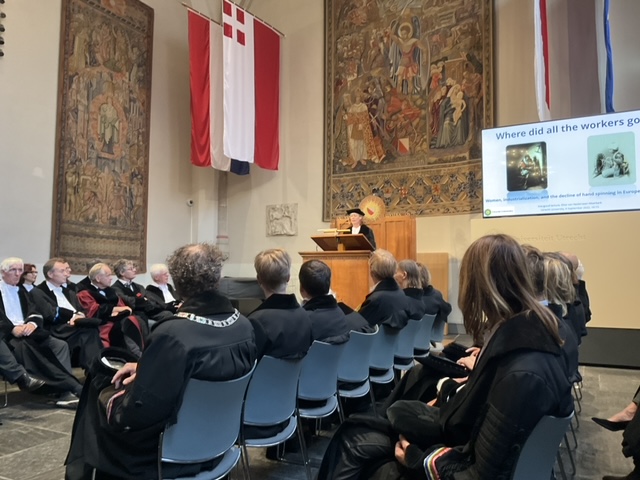 ‹ Save the date: Inaugural lecture 8 September 2022